This page offers an overview of many brand names we represent and their products we stock. Constant Home Comfort always aims to supply any product you need. If there is something you can’t find on our website, just call us and we’ll do everything possible to source the solution for your needs. That is a guarantee.

1944
Lucien Lesage and his brother Jean started a business in their basement to repair electric irons. Shortly thereafter, on a friend’s suggestion, they decided to begin manufacturing electric irons instead of just repairing them.

1945
The company moved from its Ste. Catherine St. East residential location to a virtually roofless building in the municipality of Montreal East. The factory operated weather permitting. The company “Giant Electric Manufacturing Co.” was born.

1947
Giant added two new products – Toasters and Heating Plates. Then it was time to expand production. Lucien Lesage, who was a man with manufacturing talents, worked hard to improve the products and production. The number of employees increased rapidly. During this period Mr. Lesage kept a constant presence in the factory.

1950
Giant began manufacturing electric immersion elements and quickly followed with assembling residential electric hot water storage type water heaters. Lucien was then convinced that he had finally found the products that would become the cornerstones of his expanding company

1957
The introduction in to the market of the premier quality Cascade 40 and Cascade 60 electric water heaters contributed greatly to the company’s rising success.

1965
At a time when the company’s production seemed to have reached a plateau, Lucien’s only son, Claude, a professional engineer, joined Giant ushering in a new era that would bring the company to new heights.

1969
Giant purchased the tubular element assembly line from Westinghouse Electric in Hamilton, ON.. The equipment was moved to Giant’s plant in Montreal – East, QC. Giant soon became a major factor in the immersion element business in Canada.

1975
Giant built Quebec’s first and only glass – lined tank factory with a capacity of 400 units per shift.

1982
A disastrous fire destroyed most of Giant’s manufacturing facilities. The roof was gone and two thirds of the plant leveled. Many people believed that Giant would, at worst, have to close its doors for ever or at best, be out of business for at least one year. However, thanks in large part to the super
human efforts of Giant’s employees and many contractors who worked around the clock for days and weeks on end, the factory was rebuilt, equipment re-furbished or replaced. Almost miraculously, in approximately two weeks time, the production of water heaters and elements re-commenced.

1984
Giant introduced a top quality line of Residential Natural and Propane Gas Water Heaters plus had a dramatic increase in its production capacity. Also, to reflect the fact that Giant was no longer just in the electric water heater business, the corporate name was changed to Usines Giant inc. / Giant Factories Inc.

1987
Giant put its first robot in place to perform some tedious jobs that employees no longer liked to do and to help boost production and quality. Other robots followed. New production goals were attained. At the same time, water heaters of the highest quality ever seen in Canada were being produced.

1988
A components division was created and began manufacturing in- house with state-of-the-art equipment an expanded line of immersion elements, as well as numerous component parts that were previously purchased – in items.

1993
A premium quality line of Commercial Gas Water Heaters which had many unique features was introduced in to the market place.

1994
Due to the effectiveness of the use of robots in the production of our water heaters dating back to 1987, a major decision was made and implemented immediately to automate our production facilities to further improve our quality, to minimize the labor content in the manufacturing process, and to increase our plant capacity by a quantum leap. Complex custom machinery was designed and built in-house which was used in conjunction with several robots made this all happen.

1995
Giant turned fifty ( 50 ) years old and still was and is fully committed to its cornerstone values of Integrity – Reliability- Consistency – Quality and Value. It also remains true to its pledge to make products that are “Environmentally Safe, Energy Efficient,” and “Built to Last longer”.

1997
Was a mile-stone year in the history of Giant Factories. Not only was it granted ISO 9002 1994 Certification but we introduced

insulation in its heaters. Giant’s unique

insulation contains NO HCFC’s, NO CFC’s and NO VOC’s. As well, since

insulation is totally re-cyclable, it is considered by many environmentalists to be a real step forward to help stop the Greenhouse effect or damage to the Ozone layer. Once again, Giant proved that it was a Concerned & Responsible corporate citizen.

1998
Residential Oil-Fired Water Heaters were added to our ever-growing product offering. As with all Giant water heaters, these oil-fired water heaters have several unique features and are very energy efficient.

1999
Three sizes of Residential Power Vent Gas Water Heaters were successfully introduced in to the market.

2000
Three sizes of Residential Direct Vent Gas Water Heaters were brought to market and were an instant success due to a patented “Wind-Tamer” device that withstands wind gusts up to 60 miles per hour.

2001
An improved and expanded line of Commercial Gas Water Heaters – flue dampered and Power Vent – with many outstanding features were put on the market.
Truly “BUILT TO LAST LONGER”.

2002
A 75 US gal capacity 75,000 BTU input gas water heaters, both Atmospheric and Power-Vent were added to our growing family of top quality products.

5 Ways to Improve Air Conditioning Efficiency in the House 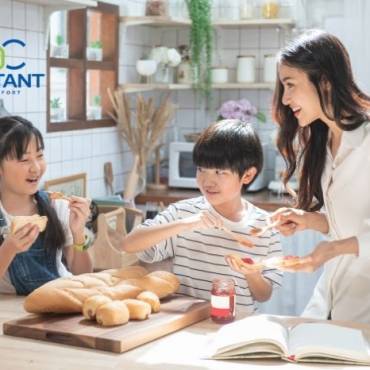 How Often Should I Get My Furnace Inspected: Benefits, Cost and Process

Why A Heat Pump In Ontario Is Worth The Investment

Never run out of hot water in the winter!