Close
HomeNewsBlogHave A Heat Load Calculation Done Before The...

Have A Heat Load Calculation Done Before The Installation Of A New HVAC System In Your Place! Does a wanted HVAC system have to be like that one installed at a neighbors home?

To start with, systems that were installed a number of years ago were routinely oversized in order to compensate for low quality glass and overall poorer construction. If any home renovation is carried out, for example installation of low-E windows, expand the attic, wall surfaces and the likes, a new HVAC system to be installed in place of an existing one may not need to be as big so as to work properly.

The modern homes are built with a HVAC system standard in mind and for a majority of homeowners, whatever system the builder puts in place is fine with them. People assume that whoever is building their new home knows how to do the job properly, and for most part, this is all true. All the same, there are a number of issues that can arise when it comes to HVAC system installation.

These issues in most cases are caused by the builder due to factors such as settled for floor plan to suit a certain neighborhood or a number of neighborhood scattered throughout a given area. This type of a builder will insist on installing a certain sized HVAC system so that one homeowner will not complain about the size of their system versus others installed around the neighborhood.

What is the problem with having the same heat load calculations as those of your neighbor?

Well, before answering this question, it is good to note that this sort of a calculation does not suit all homeowners and for a good reason. For instance, one homeowner might be living in a home with a high solar load due to his or her property facing east/ west while another’s in a home facing north/ south and thus has a lower solar load. This results in a significant difference in recommended tonnage.

What really happens in this case is that a HVAC contractor will base his quote on a worst case scenario while performing the wanted calculations. This sort of a contractor also uses the highest number of people and appliances in his or her HVAC load calculations, further increasing the differences between what is installed and what is required for a home that isn’t built in a worst case scenario.

In essence, unless a home is built in a worst case situation, the installed HVAC system might be too large for a specific home. For best possible results, insist that the HVAC heat load calculations be done specifically for your home. While at it, make sure that the solar orientation is correct and the proper building materials have been used. It pays to have an independent HVAC contractor provide you with a comparison HVAC heat load calculation. This all will put your mind at ease! 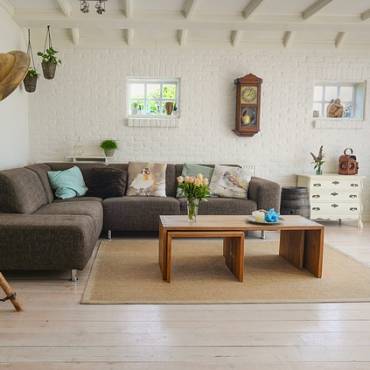 Why is My Furnace Emitting Lukewarm Air (And How Do I Fix It)?

No Ductwork? No Problem With The Energy-Efficient Ductless Air Handler For Your Home!